Newcastle-under-Lyme has history. Staffordshire is a beautiful part of England and if you are moving to this part of the world as a student then you have a lot to look forward to.

It might just seem like a quaint little town near Stoke-on-Trent from the outside, but there are facts you might not know that make it a very interesting place.

1. The History Of The Name – Newcastle-under-Lyme 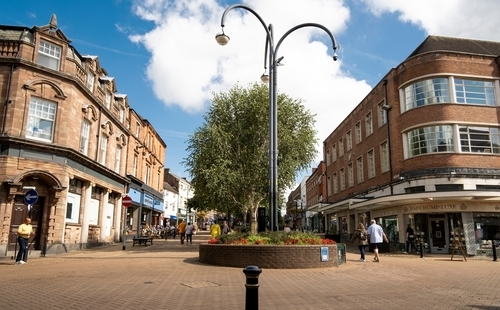 Quick facts – Newcastle-under-Lyme was actually named after a new castle, which was erected in 1145!

It was situated near Lyme Forest, and became obsolete during Tudor times.

2. It Was Once An Important Coaching Town 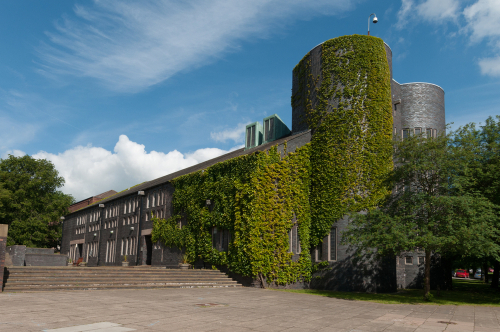 Due to its geographical location, Newcastle-under-Lyme has a history as a vital coaching town during the 18th century.

It benefited from being located along the main route between Liverpool and Manchester in the North of England and Birmingham in the Midlands, and down to the capital in London.

Tradesmen benefited from the town acting as a stopping point for many stagecoaches making these long and arduous journeys, with oil lamps lighting the streets of Newcastle-under-Lyme from 1799 onwards. 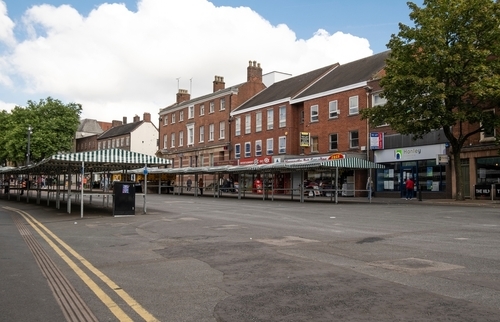 The Stones is the traditional market in Newcastle-under-Lyme, dating as far back as 1173 and operating on the High Street in the town.

These days the market is open six-days-a-week. However, to begin with, it was originally only held on Sundays, before changing to Saturday during the reign of King John, Mondays during the reign of Elizabeth I and then grants of fairs were given by Edward I, Edward III and Henry VI.

There are now over 80 stalls at the market, selling traditional goods, antiques, arts, and crafts and so much more.

It is a thriving place to visit, but as recently as the early 90s there was a cattle market on the site every Monday too! That has since ceased and become part of the local Morrison’s supermarket. 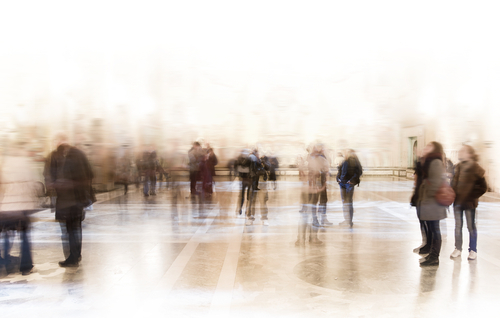 Just half a mile outside of the town centre you’ll find an interesting museum dedicated to Newcastle-under-Lyme’s history.

There is over 800 years of history in the Borough, and it is set in the absolutely stunning location of Brampton Park.

The Museum and Art Gallery has a range of exhibitions showcasing the diverse history of the local area.

This includes the Victorian Street scene, where you can take a step back in time to discover the pawnbroker’s shop of yesteryear, the ironmongers, and the chemist.

The toys gallery has always been a favourite with visitors, home to toys from 150 years ago up to the modern day. 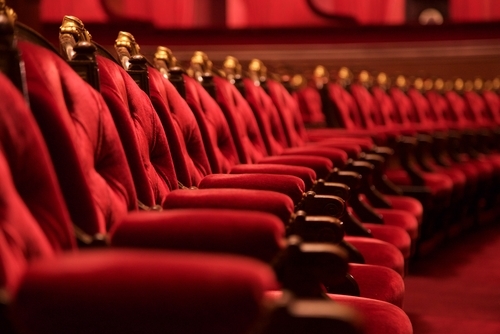 The New Vic Theatre in Newcastle-under-Lyme is the perfect place to see celebrated plays and theatre productions. This ground-breaking theatre was the first purpose-built theatre-in-the-round in the whole of Europe.

This is a style of theatre where the audience members sit on all four sides of the theatre, gaining a different perspective from the usual audience view in traditional theatres. 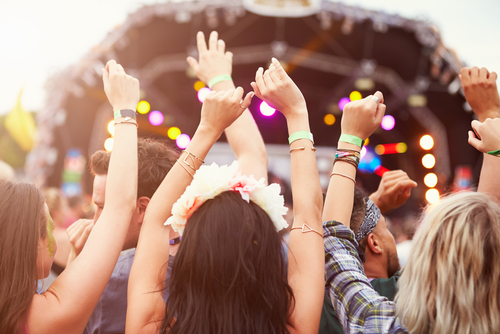 The Lymelight Festival – one of the most important and popular festivals that take place every year in Newcastle-under-Lyme. It is a festival where local musicians and visiting artists and bands entertain the crowds in various locations in town.

Jazz & Blues Festival – Another firm-favourite with the locals is the Jazz & Blues Festival, bringing together great bands, entertainment for all the family and some fine record fairs for you to delve through crates and find some classics on vinyl to take home and spin some music.

Homecoming Festival – Local man Philip Astley is a celebrated figure from Newcastle-under-Lyme. He was the first person to add clowns and acrobats to the bill of a circus event, bringing it into the modern age. The festival has some incredible street theatre, live magic shows and circus acts. 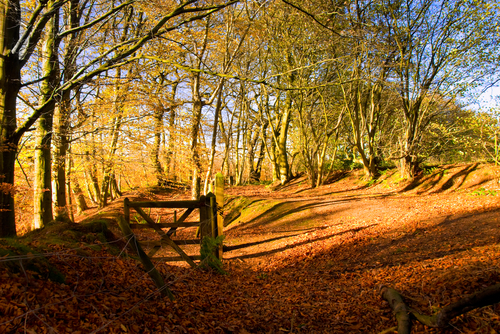 The Britain in Bloom competition is run by the Royal Horticultural Society and is something that Newcastle-under-Lyme does pretty well in.

In 2005 it was crowned the national winner in the category of ‘small city/large town’, and you’ll find plenty of beautiful, calm, green spaces and parks.

The ‘Queen’s Gardens’ at the Ironmarket was given the Judges’ Award for Horticultural Excellent in the Britain in Bloom awards in 2003.

Grosvenor Gardens is an interesting garden, located below road level in the centre of a roundabout in the town, whilst Queen Elizabeth Garden is another worth a walk to, on the outskirts of the town centre.

The aforementioned Brampton Park is stunning.

8. Listed beauty at the Guildhall 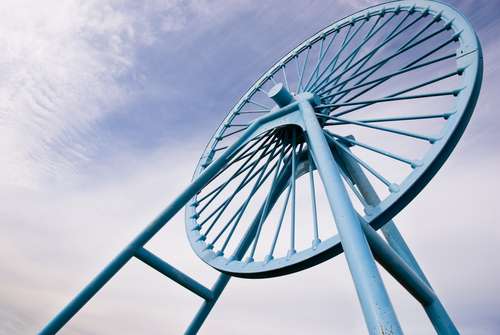 The current Guildhall was built back in 1713 and has been renovated several times during its lifespan.

The ground floor was once used for markets until the Market Hall opened in 1854, whilst the top rooms in the building were used by the Borough council until 1860.

It is a beautiful building that is now Grade II listed, maintaining its tradition and integrity for years to come. 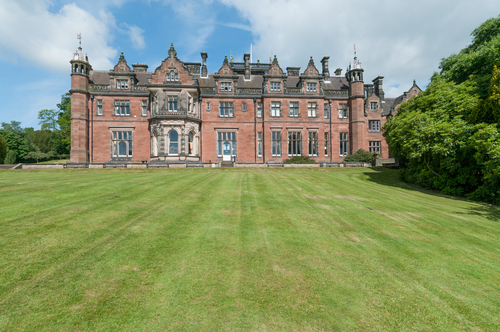 This distinctive red brick building dates back to 1855.

It is an Italian-styled Militia Barracks that was home to the headquarters of the 3rd King’s Own Staffordshire Rifle Regiment until 1880. It was then purchased and settled in trust for use by the Rifle Volunteers of Newcastle (later the Territorial Force).

It has spent the last 20-years as the home of several small businesses, but it is an interesting footnote to the development of Newcastle-under-Lyme. 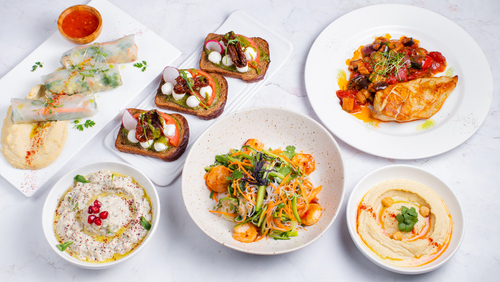 If you’re looking for a tasty treat of an evening, there are some lovely restaurants and cafés in Newcastle-under-Lyme for you to try out during your time here as a student.

Two standouts for us are Pasta di Piazza, a traditional Italian restaurant that offers the perfect pasta dishes and some of the best Tiramisu you’ll find on these shores.

An excellent place for a date, a light lunch or to take your parents when they are visiting. The Betley Tea Rooms provide a glimpse into the tradition of England.

A family-run tearoom that offers some of the best roast dinners around, big breakfasts to fill you up for the day, alongside the quintessential English Afternoon Tea with all the trimmings of exquisite sandwiches, cakes, and scones.

As far as little bits of Newcastle-under-Lyme history goes, you can see that there are a few interesting facts that you might not have known about before. A famous name in the world of Circus, some fantastic museums and theatres, festivals, and places to tickle your tastebuds, you’ll never be bored as a student in Newcastle-under-Lyme.

Nottingham The Student Guide Things to do

The Yummiest Chinese Takeaways in Newcastle-Under-Lyme

6 Top Bars and Clubs in Newcastle Under Lyme