It’s a well-known fact that Liverpool is one of the best cities not only in the UK but in the world.

It’s a city known for its large music scene, its amazing community, its world-class football teams, its rich cultural heritage, its buzzing nightlife, its famous landmarks and so much more.

If you’re looking to head to this North West City for university then be sure to take a read of our full guide on why student life here is the best.

Trust us, Liverpool is a brilliant city for students, if you don’t believe us check out our top 10 reasons below – scouse power! 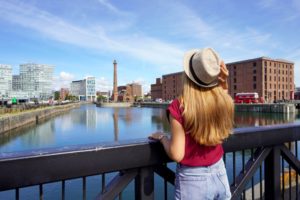 1. It’s An Affordable Place To Live

As a university student, one of the most important things to consider when deciding about the place you’ll be relocating to is its cost of living.

You’ll be glad to know that Liverpool has a relatively low cost of living in comparison to other UK cities such as London, making it an affordable place to live, study and socialise.

This means you’ll be able to make your student loan stretch that much further.

You can even take advantage of the array of student discounts on offer in this city whether it’s getting money off food, clothes, public transport, you name it.

It’s always worth carrying your student ID card with you in case!

Research suggests the city is also one one of the most affordable cities to buy a home within the UK. 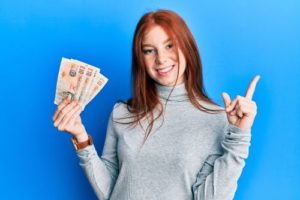 Imagine discussing the top 10 reasons why student life in Liverpool is the best and not including its music scene? We simply have to!

People come from all around the world to get a taste of the city’s music scene, being the birthplace of The Beatles, one of the most influential bands of all time.

There are plenty of other famous bands who hail from Liverpool including Echo & The Bunnymen, Frankie Goes to Hollywood, and The Zutons to name a few.

Nowadays, Liverpool continues to have a thriving and diverse music scene, with a variety of venues offering different genres of live music across the city – you have to visit The Cavern Club!

If you’re a music lover, there’s no place better to study than Liverpool!

Wondering about the best music venues in the city? Take a read of our guide to find the most buzzing spots. 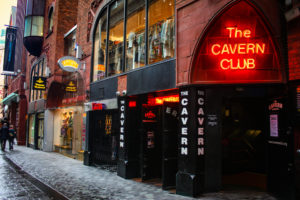 Liverpool is situated on the North West coast, making it easy to access other parts of the UK as well as explore Merseyside’s beautiful beaches.

Student life can’t get much better than spending a summer’s day at the beach, with miles of coastline to choose from you’re bound to make amazing memories!

Due to the city’s location, you can easily travel to other cities such as Manchester, Chester, Birmingham, Preston and many others too.

You can even catch a ferry across the River Mersey to the Wirral Peninsula or go a little further afield to Dublin.

For those summer holidays at the end of term, there’s also Liverpool John Lennon Airport in easy reach of the city centre.

Plus, Liverpool is only two hours away from London by train so you can get to The Capital with ease thanks to the great transport links. 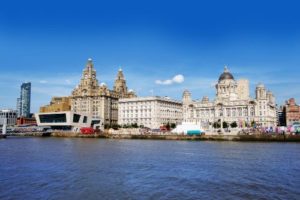 Let’s be real here, when considering where to live for university one of the most important selling points is the nightlife, right?

Well, Liverpool nightlife is famous for being like no other, with a vibrant and diverse range of bars, clubs, pubs and other venues to choose from across the city.

You can be rest assured you’ll have an amazing student experience as a fresher here.

Whether it’s heading to the iconic Concert Square, the famous Mathew Street, the historic Albert Dock, the buzzing Baltic Triangle or even the trendy Lark Lane.

No matter your ideal night out or music taste, you’ll be spoilt for choice when it comes to letting your hair down in this city.

It’s no wonder the city was chosen to host the Eurovision Song Contest 2023! 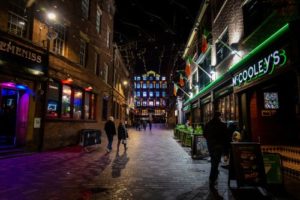 Liverpool is a sports-loving city home to Liverpool Football Club, one of the most successful clubs in both English and European football.

Whilst studying here, be sure to watch a Merseyside Derby which is a football match between both major teams – which side will you be supporting?

Taking a tour around the historic Anfield Stadium or Goodison Park are also super fun activities to do whilst living here.

Not to mention, the city also has a rich history of horse racing at Aintree Racecourse with The Grand National horse race held at the venue every year. 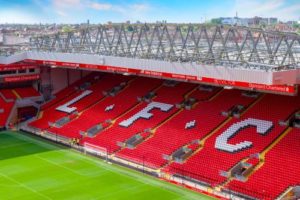 Liverpool is home to some of the most exceptional and historic architecture in the UK.

Whilst experiencing student life in Liverpool you’ll be amazed by the amount of iconic buildings there are.

The most notable buildings in the city are The Three Graces, The Royal Liver Building, The Cunard Building and the Port of Liverpool Building.

We’d definitely recommend taking a trip across the River to Birkenhead to admire the famous Liverpool skyline from the other side.

Other iconic buildings which are well-worth taking a visit to appreciate the amazing architecture are the iconic Liverpool Cathedral and St. George’s Hall.

You simply have to take a trip up to the top of the Radio City Tower as well, the views from 400 feet above the city are amazing – they even offer student discounts on tickets! 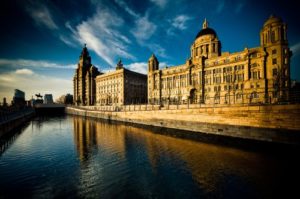 7. The Art And Culture

Few places have a rich cultural history and vibrant arts scene quite like Liverpool does.

It’s no wonder that the museums here are the most visited outside of London!

With tons of museums and galleries to visit, you’ll be sure to get a cultural fix in this city.

A great place to explore whilst studying here is the Tate Liverpool, which is an art gallery and museum which houses a collection of British and international modern and contemporary art.

Other noteworthy places to visit are the Museum of Liverpool, Liverpool World Museum, Merseyside Maritime Museum and the International Museum of Slavery.

If you’re someone who loves a theatre show as much as we do, there’s the likes of the Playhouse Theatre, the Liverpool Everyman and the Liverpool Empire for experiencing the thriving performing arts scene.

With each venue hosting a range of shows such as plays and musicals, you’ll never be shy of social activities! 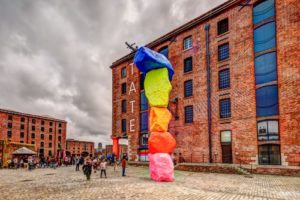 One of the most appealing parts about student life in Liverpool is the amount of shopping opportunities, who doesn’t love spoiling themselves?

Some popular shopping destinations in Liverpool include Liverpool ONE, a large outdoor shopping and leisure complex which is home to over 170 stores, bars and restaurants.

There’s also the Metquarter, which is located in the heart of the city centre and features lots of luxury fashion brands for you to shop till you drop.

If you’re someone who likes to explore quirky independent stores, your best bet is Bold Street.

So, you’ll always be able to shop around your favourite brands whilst living here, and you can make the most of money off due to your student status! 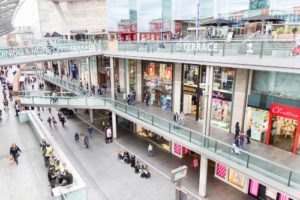 If you’re considering studying in Liverpool you’ll be glad to know there are many green spaces to escape the hustle and bustle of the city centre.

For those all-important breaks from studying there’s some amazing parks on your doorstep with the likes of Sefton Park, Chavasse Park, Everton Park, Calderstones Park and Stanley Park and Garden to name a couple.

The city’s green spaces aren’t just worth visiting during the sunny months, they’re beautiful all year round with plenty to do and see.

You never know, there may just be an event or festival taking place in some of the parks too! 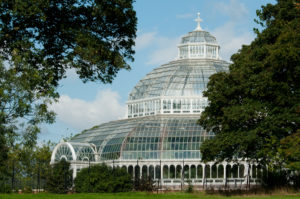 Liverpool has a diverse food scene from fine dining to restaurants with cuisine from around the world to cheap eats to street food to chain favourites and so much more, you’ll love the sample of food hubs in this city.

We’d be here all day if we tried to feature all of the best places to eat in Liverpool, but a few notable mentions for students include Crust, Moose Coffee, the Baltic Market, Maggie Fu and Down the Hatch.

You’ll find food of all kinds in this city to get you buzzing about eating out with your new uni friends! 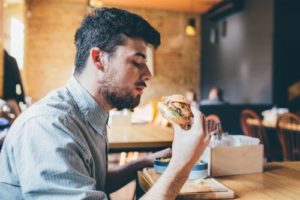 We told you, student life in Liverpool really is the BEST – you’re welcome.

This vibrant city has a diverse student population of around 70,000 so you’ll certainly meet tons of new people, make new friends and make memories to last a lifetime, no matter which of the main universities you’ll be studying at!

Now you know just how great student life is in Liverpool, you’ll want to sort out your student accommodation for the next academic year. Take a look at our properties now!

Check out next: 8 Best Student Bars In Liverpool For A Boozy One.

8 Best Student Bars In Liverpool For A Boozy One