8 Ways You Can Be A Supportive LGBTQI+ Ally

Find out how you can be a supportive ally to your friends or anyone within the LQBTQI+ community within our guide.

Being a LGBTQI+ ally, it is about standing up and supporting those who identify as lesbian, gay, bisexual, transgender, queer, questioning or intersex.

A straight ally is a person who supports and accepts equal civil rights, gender equality, and LGBTQI+ social movements, challenges homophobia, biphobia, and transphobia, even though they identify as cisgender.

Discover 8 ways you can be a better ally below… 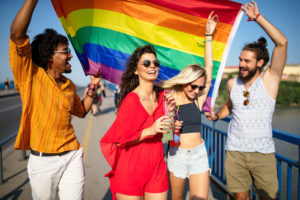 One way you can be a supportive ally is by educating yourself in order to understand the past, present and future issues of the community.

It’s important to recognise that your education on the LGBTQI+ is up to you and no one else.

For example, it is not your friend’s job to educate you on the history of the community or the current issues that they’re being faced with.

You need to go out and find all this out for yourself by doing your own research and making an effort.

Some people may love providing some info to their pals about certain issues, whilst others may not.

Such as, you should educate yourself on the origins of Pride and how it started following the infamous Stonewall Riots in 1969.

This is just the tip of the iceberg though, so go out and research, there are a great variety of resources available like this outlet. 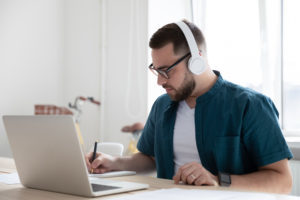 Most people have some sort of privilege whether it’s to do with their race, gender, sexuality, class, education or mental or physical health.

Straight people are privileged because they don’t have to worry about being discriminated against for their sexuality or the way they identify, it’s important to get to grips with your privilege.

Just because you are privileged it doesn’t mean you are to blame; it simply means there are certain things you never have to worry about because of how you were born or how you identify.

Understanding your privilege is about using it for good means, often we can’t do much about eliminating the ‘advantage’ we have in society, but we can help to take responsibility for how we use it and attempt to take control of the power imbalances they have.

3. Be Willing To Talk & Listen To Others

It’s important to be willing to talk to your LGBQTI+ friends and listen to what they have to say.

Providing support and advice is one of the many ways you can be a better ally.

You should try to develop a true understanding of those within the community like listening to your friends’ personal stories and asking questions, if they allow you to.

Such as if someone comes out to you whether it’s directly or indirectly, they are telling you something important and you should make them feel validated and listened to.

It’s also important if you’ve done something to upset your LGBQTI+ friend without realising and they want to voice this to you, be open to hear them out and see how you can make amends.

Whether it’s accidentally supporting a celebrity who has made transphobic comments or being close friends with someone who has discriminated against your friend, you should be conscious to listen and learn, even if it’s difficult to hear. 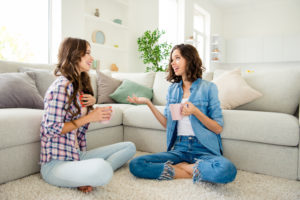 Remember that to be an ally to LGBTQI+ individuals, you must be an ally to everyone within the community not just those that fit certain societal standards.

No matter a person’s age, race, religion, sex, disability, mental or physical health or any other need, you should embrace everyone and be supportive to all.

So, always consider whether you are making room for everyone’s voice heard when you are focusing on LGBTQ+ inclusion.

Not everyone is able to speak up about their identify, so this is a way we can be better allies by allowing them to be involved in something regardless. 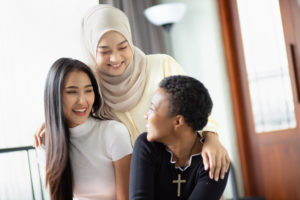 One of the biggest parts of being a supportive ally is being mindful of what you do and what you say regarding those who identify as LGBTQI+.

Such as showing respect and sensitivity to your friends or those in your life, by asking how they identify and then using the appropriate pronouns.

Making assumptions can also be harmful, just because someone looks like they would identify a certain way doesn’t mean they do, don’t judge people!

You should also be mindful about using someone’s dead name after they’ve transitioned, even if you’ve known them a long time, it can be harmful.

Furthermore, you should be mindful that every person should have control over who they are out to regarding their sexuality or gender identify, so don’t assume that because someone came out to you, they are comfortable with coming out to other people.

You shouldn’t out a person to other people, even if it’s within a close friendship group, it’s their decision to tell people, if they want to.

We’re all human, so if you do make mistakes at first then learn how to do better and apologise if you’ve offended or hurt someone within the community.

Encourage yourself to make changes and challenge your own prejudices even if it’s difficult or new to you.

6. Stand Up Against Discrimination

Another part about being a supportive ally is being aware of discrimination or prejudice towards people who identify as LGBQTI+.

You should stand up for your friends if they are subject to any harassment, comments or jokes, even if a comment doesn’t seem that ‘big of a deal’, it is.

A recent study found that one in five LGBTQI+ individuals have experienced a hate crime or incident due to their sexual orientation or gender identity in the last 12 months.

So, despite the UK being a diverse and tolerant society, unfortunately discrimination towards the community is still prominent and it’s your job to help stand up against it.

You should report any incidents of homophobia, biphobia or transphobia discrimination you witness and if you’re able to, speak up about it and voice that it’s not okay and won’t be tolerated whether its in-person or on social media.

Even if it’s a close family member or friend, if something they’ve said is not on, then call it out and help them learn from it, otherwise they will continue to make those statements or actions.

It’s all well and good labelling yourself as an ally but it’s about being more than just a label, it’s about your actions too.

Show up to LGBTQI+ community events whether its celebrations, protests or pride marches. Get in touch with your friends and show support for them by being by their side.

You can also donate to LGBQTI+ charities, wear a rainbow lanyard and talk about news and popular culture regarding the community in a positive way, to show those around you that you’re an ally.

Even just sharing things on social media highlighting your support for current issues is a great way to be a visible ally.

If you are physically showing your support and having conversations about LGBTQ+ inclusion, this will create an environment where people will feel safe and secure whilst at university or within everyday life.

Especially for those who are worried to ‘come out’ in fear of discrimination or prejudice! 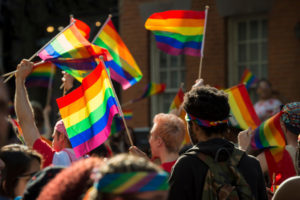 It’s important to keep learning and researching about issues and topics of interest within the LGBTQI+ community.

Whether that’s reading books or publications, listening to podcasts, or speaking to people from the community.

Try to learn as much as you can and stay up to date with any current issues or changes.

By searching for campaigns that stand out to you and sharing or donating to help make a difference.

Staying informed about new concepts and ideas means you’re being an active ally and are making a conscious effort to provide a force for good!

After all, there’s always room to learn more isn’t there?

Everyone can call themselves an ally, but it requires effort to be supportive and make a difference.

It’s important to help improve the lives of lesbian, gay, bi and trans people and support our friends and family in any way that we can.

Remember, you shouldn’t seek validation for being an ally, it’s about being a force for good, not looking good.

You should want to give genuine and compassionate support to the community, all of the time – your actions will speak for themselves!

Similarly, don’t attend a pride event just to party and use it as an excuse to have fun.

Yes that’s part of it but the main reason for these celebrations is to shine a light on the history of the LGBTQI+ and their fight to be free to live and love without prejudice.

It’s especially important to be a supportive ally to young people at university, as their well being can be impacted being away from home, in a new place, surrounded by new people who they don’t know.

They may be worried about whether they are in an inclusive environment or if they will be around people who may not accept them. So, ensure you show your support and recognise their struggles.

All of our properties are listed under the Safe Space Alliance which means we provide diverse, inclusive, and accepting student accommodation so our LGBTQI+ students can feel safe and secure whilst staying with us.

We hope our post has helped you out to be more proactive in your allyship – you go!

Read next: Book Recommendations To Read For Women’s Equality Day.

10 Writing Tips For Students From A Graduate

How To Create The Ultimate Christmas Party Playlist

How Students Can Prepare For Winter Power Cuts

Tips To Write A Good Quality Essay In A Day