26th August is Women’s Equality Day, and we’re celebrating with 10 must-read books written by women that you should pick up on this special day, or any other time.

Whether you’re keen to be empowered about the history of women’s rights, history, achievements or you want to know what you can do to make a change, then stick with us. Our list will feature some of the best modern feminist books to educate you and inspire you. 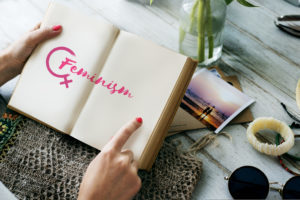 Why Is Women’s Equality Day Important?

Women’s Equality Day 2022 is celebrated annually on 26th August to commemorate the anniversary of the 19th Amendment to the U.S. Constitution in 1920, which allowed women the constitutional right to vote.

The fight for equality has come a long way since then, however, there is still gender inequality and discrimination impacting women of all ages and backgrounds.

This day represents the continued fight for equality from the gender pay gap, to gender inequality in political representation to women in business to sexual harassment to gender-based violence.

Women’s equality is about ensuring equal rights, opportunities, and responsibilities to women everywhere. Which is why this day is so important, to give a platform and make women’s voices heard.

Fighting for change is the only way we as women can be free of violence, suppression and discrimination based on our gender.

This Women’s Equality Day, learn more about the world for women and their experiences, voice your own story, be empowered, and play a part in making a change. 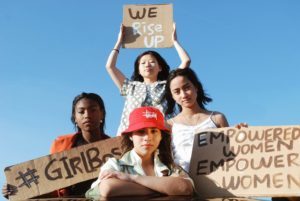 This #WomenEqualityDay, these 10 books will educate you on the history of gender inequality, how we as women can empower each other, highlight the issues of women internationally, what can be done to make a change and how you can be inspired by modern-day feminists.

There’s a book for everyone to enjoy reading on the list with a variety of female representation in modern society from the best feminist novels, feminist non-fiction and feminist poetry. So, without further-a-do here is our 10 favourite books you have to read!

The Handmaid’s Tale novel is a classic work of feminist fiction, you’ve probably heard or watched the award-winning TV show adaptation of the same name, however, the book is ever more powerful.

Written by Margaret Atwood, the book is a feminist dystopian novel which focuses on the totalitarian state of Gilead that has overthrown the United States and American democracy.

It’s a powerful exploration of female oppression, where women only have one purpose: to breed. In Gilead, women are not allowed jobs, to read or to have friendships.

Despite being written in 1986, the context of the story is so relevant and even more frightening in the 21st century, especially with the recent overturn of Roe vs. Wade in America.

You can purchase the book on Kindle or buy a copy here.

Women & Power by Mary Beard is a great read for Women’s Equality Day. The author explores how history has treated powerful women and explores the roots of misogyny.

The book published in 2017, shows how within society we have always associated power with males, and therefore women are perceived as unpowerful. Within the book, Beard writes about modern women in power such as Theresa May, Hilary Clinton and Angela Merkel and their treatment of abuse within society due to their public voice and status.

She writes within this piece of work “When it comes to silencing women, Western culture has had thousands of years of practice”. If you believe the fight for gender equality as over, then you have to read this book.

If you want to read this book, its available here.

3. What We’re Told Not to Talk About (But We’re Going to Anyway)

What We’re Told Not To Talk About (But We’re Going To Anyway) is a heart-breaking and powerful book by Nimco Ali. The author shares her story of living with FGM (Female genital mutilation) and building a relationship with her own body.

Not only does he discuss her own experiences, she also she empowers women to do the same and gives a voice to women from around the world, whose stories may not have otherwise been heard. There are 42 accounts from 14 countries featured within the book.

Ali refuses to shift the conversation of women’s bodies because it’s too rude or not lady like to discuss. Instead, she writes about taboo subjects so openly and honestly and says there’s no such thing as oversharing about periods, miscarriages, menopause and FGM.

The book shines a light on sex discrimination and the treatments that women and their body can face.

If you’re keen to read this story, you can find out more here.

Hood Feminism is a critical feminist book, by Mikki Kendall, which looks at the mainstream feminist movement and its failings to address the needs of all women within society.

Within her critique of today’s movement Kendall argues that that there needs to be a focus of race, gender, class and sexual orientation within feminism. How can feminists fight for equality within this movement when some women are oppressing others is one of many questions that the author explores.

This book should be read by anyone who calls themselves a feminist, but most importantly white women. It shines a light on the movement being anything but exclusive: ” If feminism is to truly represent all women, it must resist the tendency to assume that all women are experiencing the same struggles”.

You can buy the book here.

5. Men Explain Things to Me

Men Explain Things to Me by Rebecca Solnit discusses what goes wrong in conversations between men and women. The book is a collection of thought-provoking essays that look at the range of misogyny in society and discusses topics such as mansplaining and sexual assault.

Women are silenced on a daily basis by men who think they know better such as about topics of rape and victim-blaming.

This book shows us that we have a voice which we need to speak out and use, not just for ourselves but for those who feel they can’t.

This is definitely a book for those of both genders to pick up and read. As Solnit points out, this isn’t a problem just for women, but one that should be addressed by all.

By reading this book you’ll better understand the struggle that women still face within society!

Get a copy of the book here.

Glennon Doyle’s feminist memoir Untamed is about living an authentic life and being true to who we are.

The self-help book follows Doyle’s feminist awakening as she accepts her homosexuality after she falls in love with a woman.

She discusses her own experiences in life from her marriage(s), children, addiction, sexuality and her relationship with religion and the impact that patriarchy has had.

The books anecdotes inspire the reader to be who they were before the world told you who to be and is a must for females looking to be empowered.

It’s the perfect read for Women’s Equality Day as Doyle writes herself “Every time you pretend to be less than you are, you steal permission from other women to exist fully”.

The perfect book doesn’t exist…it does. She Must be Mad is compilation of Charly Cox’s poetry written from her teenage years and onwards.

Cox’s poetry first went viral on Instagram for its focus on a modern woman’s experiences and the battle to destigmatise mental health.

As Cox states herself in this collection “For every woman surviving and thriving in today’s world, for every girl who feels too much; this is a call for communion, and a reminder that you are not alone”.

Within She Must Be Mad, Cox discusses the reality of women during their coming-of-age journey from growing from a girl to a woman and the struggles they face.

The poems don’t look to sugar-coat topics like mental illness, body-image issues or insecurities, they look to empower and uplift women on their flaws and thoughts.

You can read the poetry collection here.

8. We Should All Be Feminists

If you’ve got a distorted view about feminism and what it means or want to understand the movement better, then We Should All Be Feminists should be the top of your list.

Author Chimamanda Ngozi Adichie creates a true definition of feminism for the 21st century within this book.

Adichie draws on her own experiences and her own understanding of sexual politics and what it means to be a woman in this day and age. As well as trying to encourage men to hold conversations with women on sexuality, appearance, roles, and success.

Additionally, her work manages to capture what being a feminist is, which is fighting for the rights of women and making the world a better place for women.

She states: “I would like to ask that we begin to dream about and plan for a different world. A fairer world. A world of happier men and happier women who are truer to themselves”.

Add the book to your bookshelf here.

Behaved Women explores feminism through the last 100 years of history. From the suffragette movement to how women had to fight to take the pill to body positivity to the #metoo movement.

Featuring entries, testimony essays from key figures and archive photographs, Anna-Marie Crowhurst manages to celebrate the past, present and future of feminism.

This is an eye-opening and uplifting read for Women’s Equality Day, as we focus on remembering women gaining the right to vote to jumping forward to issues that are ever-present in this society such as the gender pay gap and educational opportunities.

It shines a light on women and the cultural history of the feminist movement – you have to read it!

You can get yourself a copy here.

Women Don’t Owe You Pretty is the ultimate feminist book for Gen-z. Written by Florence Given, the book reminds young women that we owe men nothing, never mind pretty.

Furthermore, the book covers a wide range of topics such as body image, beauty standards, misogyny, sexism and the male gaze.

WDOYP also teaches us that we can define feminism on our own terms and that we are the love of our own life. It gives young women hope to accept themselves and their imperfections – we LOVE it!

You can get the book here.

That’s it gals, the end of our book recommendations for Women’s Equality Day. We hope you enjoy getting your head into any of these reads in your student accommodation!

You should read next: The Charity Shop Guide To Revamping Your Wardrobe.

Keeping Fit In Your Student Accommodation | Tips, Tricks and Hacks

Read more
Nottingham The Student Guide Things to do